I couldn't live without stories. 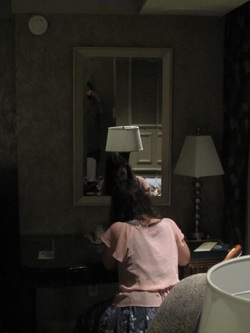 I enjoy writing and telling stories in all conceivable forms.
Besides songwriting, I have written plays for theater and radio, short film
scripts, poetry, prose and non-fiction. 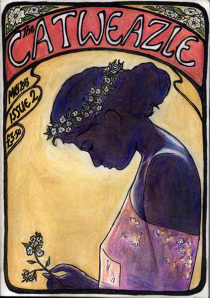 I studied dramatic writing in workshops with German playwrights Moritz Rinke and Theresia Walser and screenwriting with Roger Hyams at the London Film School.

I am a contributing journalist for Europe & Me magazine.
Find my latest article here.

My writing has appeared in literary magazines in Germany and the UK.
Find my latest short story here and make sure you order the lovely Catweazle magazine....

This story has recently been selected by the Isis magazine fiction competition.

My radio plays and film reviews have been broadcast on Radio M94.5 .
The radio plays were also exhibited as sound installations at festivals such as the Munich art festival KAFEKUNSTFEST in 2009 and 2010 and at the art gallery Galerie in der Kernstraße during the exhibition 33 Antworten auf keine Frage in Nuremberg. They include Windsbraut Edeltraut (The Storm Wife), Fragebogen (The Questionnaire), Aufstand der Webseiten (The Websites’ Revolt), Ein Gast aus der Zukunft (A Guest from the Future), Sieben (Seven) and Die Räume des M. C. Escher (The Rooms of M.C. Escher).

Some of my poetry has been published here and in this anthology by the Schamrock poetry festival.

Together with some friends, I contributed an article called "Aufstand der textilen Zeichen. Ein Gruppenexperiment" for the anthology "Craftista! Handarbeit als Aktivismus" published by Ventil Verlag.
Find the book here.


I was nominated for the German Cultural Award Tassilo-Preis in 2008 and 2010.

I'm fluent in both German and English and can write with equal ease in either language. I also have a lot of experience in literary translation - please feel free to contact me if you are interested.